[T]he Court’s decision presents the nation with a chance to address a more fundamental issue: Is there really any reason for the US government to deport non-citizens with criminal records?

By David L. Wilson, Truthout
June 6, 2018
On April 17 the Supreme Court handed down a ruling that limited some of the excuses the government can use for deporting people. At issue in the case, Sessions v. Dimaya, was the meaning of “crime of violence” in immigration law; immigration judges have relied on this very broad category to order some non-citizens deported as “criminal aliens.” The Ninth Circuit Court of Appeals ruled in 2015 that the category was unconstitutionally vague and therefore not a basis for deportation, and the Supreme Court’s 5-4 decision upheld the Ninth Circuit’s ruling.

The decision got a good deal of media attention. Time ran a headline claiming that the Court had “Dealt the White House a Big Blow on Immigration.” But this type of coverage probably exaggerates the ruling’s practical effect.[...] 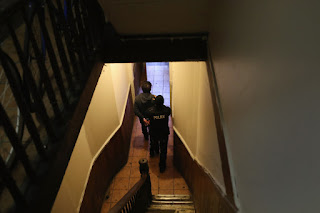 Posted by Weekly News Update on the Americas at 11:17 AM