What Do ICE Raids Mean for the Rest of Us? 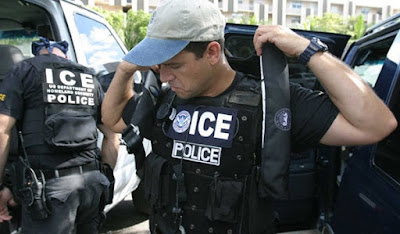 The national sweeps by Immigration and Customs Enforcement (ICE) agents in the second week of February drew a great deal of media attention. Some of the coverage was devoted to analyzing whether the arrests of about 680 immigrants marked the start of a massive deportation campaign by the Trump administration. Some focused on the impact the raids had on the immigrants themselves and on their families, which often include U.S. citizens and green card holders. But there wasn’t much discussion about the impact of the raids on other working people—on citizens without immigrant friends or relatives.

For example, how much did these raids cost taxpayers?[...]


Posted by Weekly News Update on the Americas at 10:32 PM No comments: